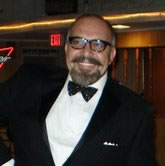 Solomon Cohen has been a consultant to both the art industry and patrons of the arts for much of his working career. During which he has gained an impeccable reputation and authority within the art community. Personifying every element of gallery operations by having assumed the faculties of director, facilitator, historian, lecturer, and a principal advisor and purchaser for private and public collections.

S. Cohen Fine Art was established in 1993 in La Jolla, California. The art brokerage firm agented artists, consulted public and private clients, publishing of articles and art-related materials as well as restoration of artwork and appraisals.

The firm’s commitment is to remain true to ethics and standards in which both patrons and artists are equally represented with integrity.

S. Cohen Fine Art has become the principal art restorer and appraiser for private collectors and the art industry nation-wide.

In addition to his engagement with the business of art, Mr. Cohen is an accomplished artist and published American poet. His studies in the private art school of Gita in Tel Aviv, Israel, provided the foundation for the development of his career abroad. He apprenticed in France under the painter Maurice Moniet.

In 1982 Mr. Cohen was commissioned to illustrate a children’s book by Dr. N.G. Rubinger. His own written works garnered him the Golden Poet Award for 1985, 1986, and 1991 by the American Poetry Association. The Silver Poet Award was received in 1989. A written work by Mr. Cohen was published in the anthology titled “Our World’s Most Beloved Poems” (1984) by John Campbell, Editor and Publisher, World of Poetry Press. A book of Poems and illustrations by Mr. Cohen titled “Dimensions into Capes and Masks” was published in 1989 with an introduction written by Mr. James Steinberg, contributing editor to the San Diego Union Tribune.

Mr. Mario B. Simic of Simic New Renaissance Galleries engaged S. Cohen Fine Art for the appraisal of the complete collection (two hundred artworks to include Cortes, Renoir, Lebourg, Pinal, Valtat, Loir, Dyf, Luce, and Montezin) of the touring exhibition titled “Post-Impressionist Paintings of Paris” Written by Noel Coret and hosted by the Provincial Museum of Alberta, Edmonton, Canada from June 9, 2001 to September 3, 2001.

View a letter of recommendation to colleagues, associates and patrons from David Klein, expert and author of the biographical book on the life and work of Edouard Cortès.

Mr. Solomon Cohen is noted in appreciation in the following books:

Mr. Cohen was a fundamental collaborator for a seven-year period with Mr. David Klein in researching, collecting, and drafting the original mock up for the published biography titled “Le Poete Parisien de la Peinture – Edouard Cortes” 1999.

S. Cohen Fine Art restored, evaluated and coordinated the catalog for an Auction to benefit the Ben-Gurion University of the Negev- eighty one works of art from the private collection of an American art dealer Mr. David Klein. November 16, 2003